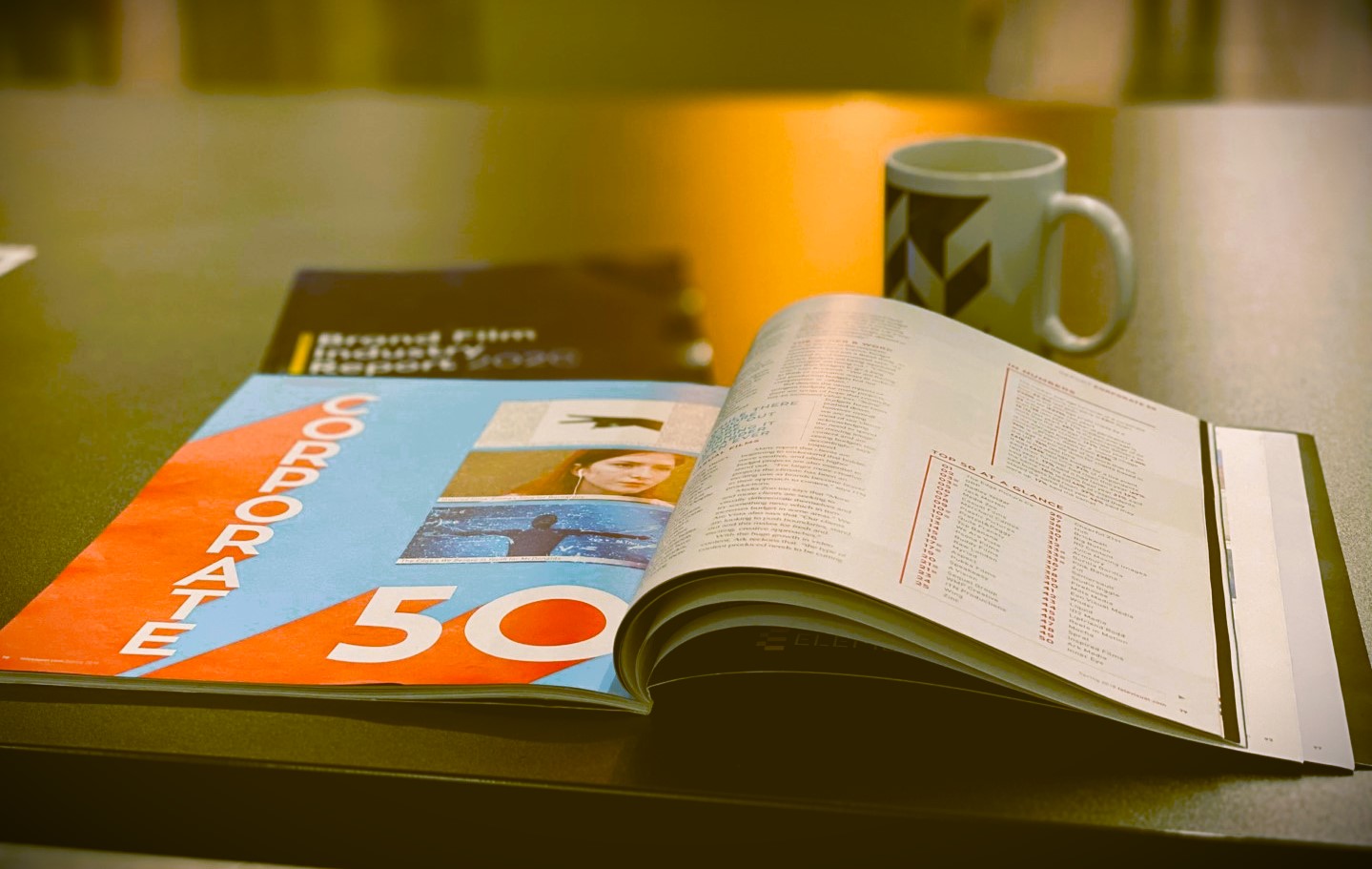 The brand film UK Top 50 returns after a two-year hiatus from its former life as the Televisual Corporate 50. For creatives and clients, the new UK Top 50 details the best of the best in production houses, made possible by this year’s Brand Film Industry Survey.

Back In The Day

In 2015, agency heads and creatives told us of a sense of palpable uncertainty over the future of the sector. Much of the hand wringing was attributed to what Brexit would mean for the businesses who both produced brand film as well as those who commissioned it.

But by 2019 the contrast was striking, with more content, and more optimism, being produced than ever before. The anxiety of 2015 had diminished as a flood of video content from brands brought specialist filmmakers’ skills into play.

The integration of videographers in-house production teams, and the ad agency into the traditional corporate space forced producers to re-examine how they did business. One key realisation in 2015 was that production houses could no longer simply deliver a film for clients. Clients needed a more longform style of care, strategies of how to deploy these films to maximise their potential. As always in the world of brand film, being able to pivot strategy and message effectively is key and being able to track those changes over time similarly so.

While some of those businesses struck out on a new path towards innovation, others doubled down on what they already excelled at. The real question was: “Which method was more effective, and why?”.

Televisual’s Corporate 50 was a huge step towards answering these sorts of questions while also helping to put brand film on the map. When examining the rankings from each Corporate 50 over the last 10+ years, the change of positions between the heavyweights and minnows is remarkable.

The shifts in demand for brand film move fast and the Corporate 50 charted the changes. Since then, the Corporate 50 itself has been reborn as the UK Top 50, produced under the partnership of Moving Image and EVCOM. But it’s more than just a namesake, it’s never been more important for the sector.

Turbulence brings a greater need for communication, and the last two years have certainly been turbulent. It is also an important opportunity for the industry to compare how things have changed since Covid.

The coming and going of the pandemic asked some serious questions of UK businesses’ ability to pivot on message, literally from day to day. But instability brought opportunity for brand film. Which production companies best capitalised?

The UK Top 50 is driven by the Brand Film Industry Survey, and the wider case for taking part in this year's editions is something we've already written about. Understanding the makeup of brand video output - such as production house budget scope, annual project workload, and production team size - can inform strategy for enterprises in the year ahead. The better the response, and wider net cast, the more comprehensive the data.

You can help make the Top 50, and get your business ranked, by taking the Brand Film Industry Survey. 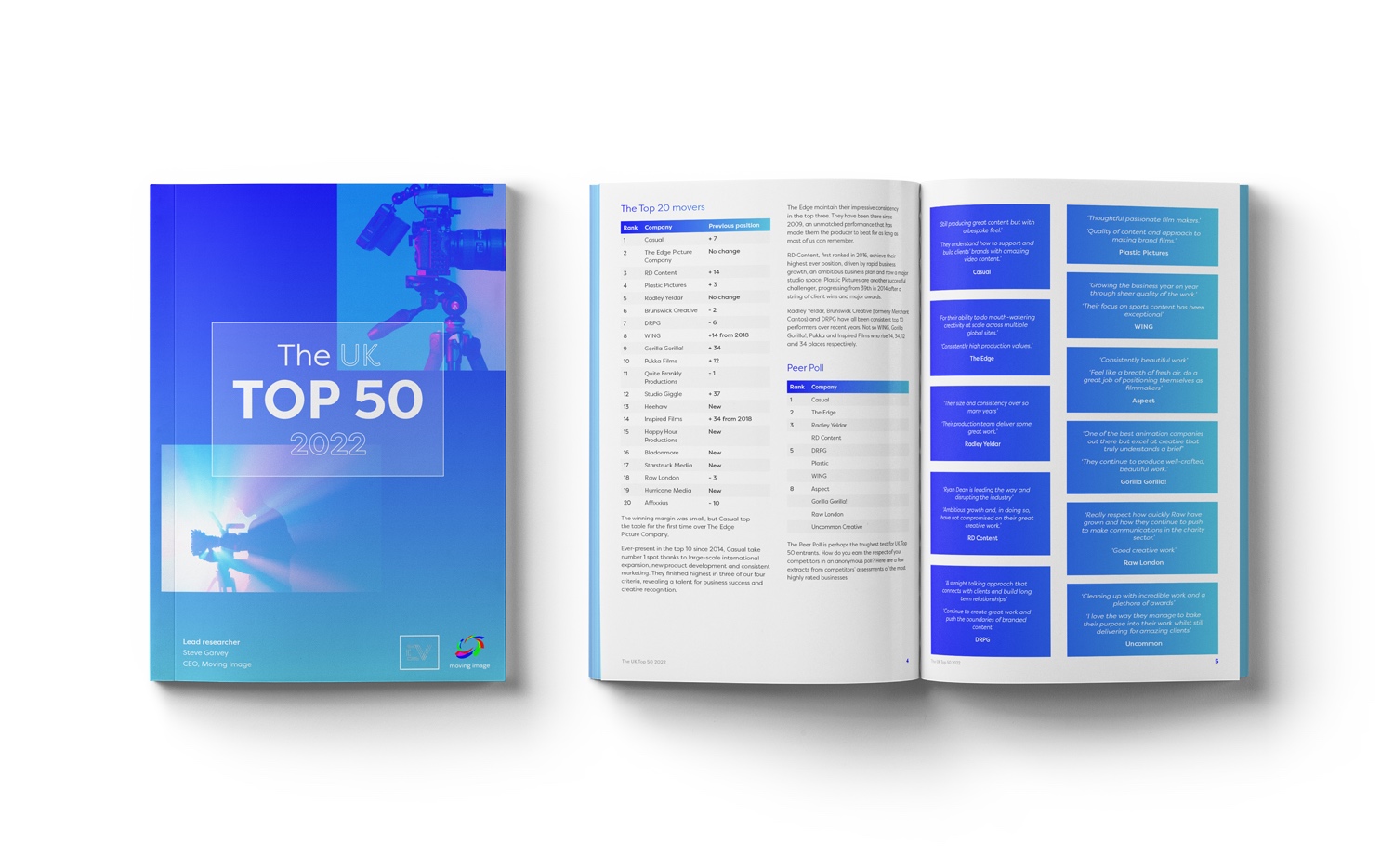 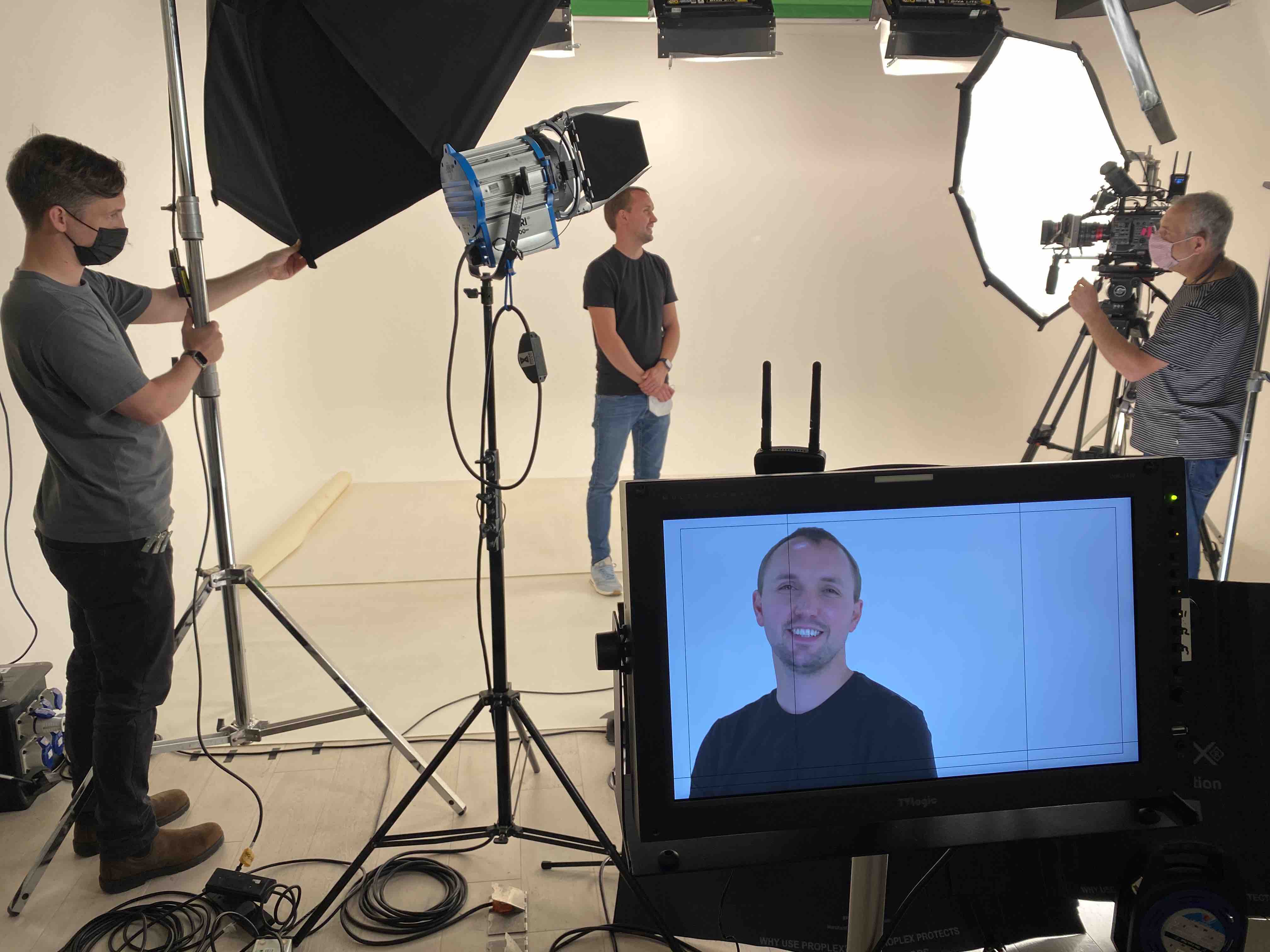 The UK Top 50 producers and the Brand Film Industry Report: Why they matter

Following the release of the highly anticipated Brand Film Industry Survey alongside The UK Top 50, Moving Image explores why this year's editions are so important to the sector as a whole.